The global economic upswing that started in mid-2016 prevails still. Growth has been accelerating in the developed economies of Europe, Japan and the United States, after a period of stagnant performance. This growth has been buoyed by an uptick in growth in India and China which has had a positive impact on commodity prices in general. The global recovery however remains fragile to some extent with a number of economies not participating in this growth. One such example would be South Africa which continues to record only modest GDP growth figures while unemployment has been on the rise. As Namibia’s largest trading partner and the source of her currency stability (or instability), it is only natural that there have been knock on effects on the Namibian economy from South Africa’s lacklustre performance.

A brief look at our Southern Neighbour reveals that GDP growth has averaged only 2.1% since 2010 and is forecast at 0.7% for 2017 before recovering slightly to 1.3% in 2018. As a result, unemployment has been on the rise and service delivery protests have been prevalent over the period. Political uncertainty has increased substantially as seen in the high turnover of finance ministers and the Rand has decayed at a more rapid rate than purchasing power parity relationships suggest that it should. The South African economy is in a fragile state and is likely to remain so for the foreseeable future. This blurs the outlook for regional trade and may lead to continued currency volatility and low investor confidence.

NAMIBIAN GROWTH
Signs of a slowdown in the Namibian economy began to emerge in 2015, and became evident in 2016. Forecasts for a rebound in growth in 2017 have proven to be overoptimistic or premature. 2017 has thus been another trying year for the Namibian economy. GDP growth was negative for the first two quarters of 2017 wit h large sectors of the economy, such as construction and wholesale and retail trade, contracting. Quarterly GDP data on hotels and restaurants for 2017 also points to year-on-year contractions in this GDP category, often used as a proxy for tourism activity. However, these GDP figures are likely to be revised upwards as data providers on the tourism industry point to good performance from the industry. Tourism may well emerge as one of the silver linings in a year marred by poor performance from a large number of sectors of the economy.

Other bright spots in 2017 have been the agriculture and mining sectors. Good rains have ensured a recovery in agricultural production during the year. Despite challenges such as the army worm infestation the sector is expected to post double digit real growth figures for the year. As a major proportion of the Namibian population is dependent on subsistence farming, the recovery in this sector is especially welcome relief for many. Mining and quarrying has posted similarly impressive growth for the first two quarters of 2017 (the only data released thus far). A rebound in diamond mining volumes has been a large contributor to this performance, while gold, zinc and copper have also been performing. The performance of the mining and quarrying sector has come despite a drag from uranium mining output which has suffered from a severely depressed uranium price. Uranium is expected to be a large future contributor to GDP due to the Husab mine coming on stream, but thelow price of uranium will pose a challenge going forward.

Namibian GDP growth fell to 1.1% in 2016, in stark contrast to the 6.0% growth rate in 2015. IJG forecasts a contraction of 0.6% for 2017, driven primarily by secondary and tertiary industries. Construction continues to contract from the high base set during the construction of the B2Gold, Tschudi and Husab mines. The slowdown in private sector investment into the sector due to a drop in business confidence has exacerbated the outlook for the sector. Among the tertiary industries wholesale and retail trade is expected to have declined further in 2017 after a 2.5% contraction in 2016. Real estate and business activities and financial intermediation are expected to post modest contractions for the year. The continued growth in mining and agriculture has dampened the effect of the contractions in these industries to some extent, although not sufficiently so so as to ensure positive real growth in our forecasts. Growth is expected to pick up in 2018 and 2019, supported by a low base.

FIXED CAPITAL FORMATION
Fixed capital formation is likely to have contracted further in 2017 after a 25% contraction in 2016. This contraction does come off a substantial base, largely as a result of foreign direct investment (FDI) flows slowing after the completion and near completion of three large mines in 2015. Delays in construction projects in particular are set to be a drag on investment as budget allocations within the 2017/18 budget year are insufficient to allow for completion of these in many cases. As such much of the work in progress previously expected to contribute to GDP growth will not materialise.

INFLATION
IJG expects Namibian annual inflation to average 6.0% in 2017, down from 6.7% in 2016. This is largely due to a slowdown in food price inflation as well as a smaller pass-through effect of sin taxes on the price of alcoholic beverages and tobacco. Administered price increases such as those for water and electricity tariffs that come into effect in the second half of the year underpin the aforementioned expectations. Inflation is expected to commence on an upward trajectory leading up to 2018 following the October reading of 5.2%.

INTEREST RATES
Declining inflation coupled with low growth opened the door to monetary easing in 2017. The South African Reserve Bank cut interest rates by 25 basis points in July, and were followed shortly by the Bank of Namibia in August. The monetary policy stance has since been rocked by credit ratings downgrades in both South Africa and Namibia. The South African foreign currency sovereign rating was downgraded to sub-investment grade after the removal of Pravin Gordhan from the position of Finance Minister. The South African local currency credit rating was downgraded to sub-investment grade subsequent to t he tabling of the country’s mid-term budget review showed an expected increase in the deficit and further growth in public debt. 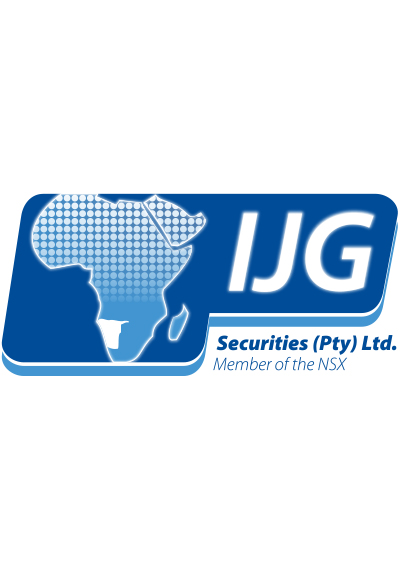