NamPower has for years continued to keep the engine of the Namibian economy running. Recognising the enormous responsibility that it is charged with – that of ensuring a secure and reliable supply of electricity to Namibia – NamPower remains focused on delivering on its mandate. By investing greatly in generation and transmission projects, and exploring renewable energy sources, NamPower will continue to ensure security of supply to the Namibian nation for years to come.

Due to mainly demographic and economic growth, the demand for electricity has increased greatly in Namibia. Local generation capacity cannot meet the demand and this has resulted in Namibia being a net-importer of electricity. The power supply deficit will continue to prevail until the commissioning of a new base load power station (capable of operating 24 hours a day and shut down only when routine maintenance is required or due to unforeseen circumstances).

To bridge the gap until an additional base load generation plant comes on stream, NamPower in 2011 initiated the Short Term Critical Supply Project, which involves several short and medium term initiatives to meet the power-supply challenges and to ensure security of supply to the country.
These include:

The increase in generation capacity will in turn require upgrading Namibia’s transmission backbone to 400 kV over the next five years. This will be done through the implementation of NamPower’s Transmission Master Plan at an estimated cost of N$7.5 billion. A number of transmission projects have already been completed as part of this programme while others continue to be implemented.

While striving to meet short-term challenges, NamPower remains equally focused on the medium- to long-term picture, intensifying its work on supply options for the future, with the aim to meet the country’s electricity requirements from local generation (and export surplus electricity to the region).

Among these is the development of the Kudu Power Project, off Namibia’s southern coast, which remains a strategic investment for national security of supply and will serve as a catalyst for the commercialisation of Namibia’s unexploited oil and gas potential.

Another long-term project is the Baynes Hydro Power Project, a joint project between Namibia and Angola, to be situated along the Kunene River, 200 km downstream of Ruacana. It is envisaged that the Baynes mid-merit/peaking power station’s capacity would be about 600 MW to be equally divided between the two countries and resulting in 300 MW destined for Namibia.

The ZIZABONA Project – a joint venture between the utilities of Zimbabwe, Zambia, Botswana and Namibia – will involve the construction of a multi-million dollar transmission line that would allow an additional 300 MW to be wheeled around the region.

Looking ahead, NamPower will continue to play a major role in ensuring security of supply for the country and its people, thus our mandate will remain strong and current. NamPower therefore commits to remain focused and committed as it has been over the last 20 years and to continue delivering on its mandate without fail. 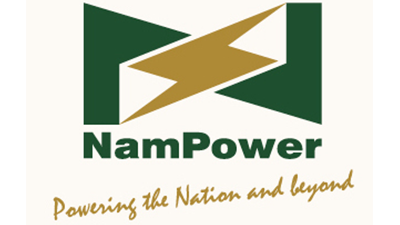