CONNECTING SOUTHERN AFRICA WITH THE REST OF THE WORLD

The Walvis Bay Corridor Group (WBCG), a Public Private Partnership (PPP), was established in the year 2000 as a service and facilitation centre to promote the benefits of using the Walvis Bay corridors through the Port of Walvis Bay to and from Southern Africa.

We continuously identify opportunities, plan, coordinate, market, advocate for infrastructure development and facilitate trade. Through this unique institutional arrangement as a PPP, the WBCG is a perfect example of how Government and the private sector work together to integrate business potential and utilise transport and trade opportunities. This collaboration is incredibly important for economic development within the region and for the growth of the private sector.

The Trans-Kalahari Corridor links the port of Walvis Bay to Botswana’s capital, Gaborone, the heartland of South Africa’s industrial capital, Gauteng, and Zimbabwe. It is perfectly positioned to service the two-way trade between South Africa, Botswana, Zimbabwe, Europe, the Americas and the Far East. This corridor allows for 48 hours’ transit to and from Gauteng.

The Walvis Bay-Ndola-Lubumbashi Development Corridor (WBNLDC) provides the shortest route between the Namibian west coast Ports of Lüderitz and Walvis Bay and the vital transport hubs of Livingstone, Lusaka and Ndola in Zambia, Lubumbashi (southern DRC), and Zimbabwe. This corridor is perfectly positioned to service the two-way trade between the SADC region and Europe, North and South America and emerging markets in the East.

The Trans-Cunene Corridor links Walvis Bay’s port to southern Angola via Tsumeb and Ondangwa to Oshikango in Namibia and the Santa Clara border post in Angola. It is perfectly positioned to service the two-way trade between Angola, Namibia, South Africa, Europe, the Americas and the East with the rail line that has been completed up to the Angolan border.

In 2012, WBCG established a branch office in Lubumbashi, DRC as well as a representative office in São Paulo. The footprint of the WBCG has therefore extended to four offices beyond the borders of Namibia, which includes Lusaka, Zambia since 2005 and Johannesburg, South Africa since 2008.

The Namibian Logistics Hub concept entails an intervention process that strives to put in place sustainable institutional arrangements and mechanisms that would ensure the transformation of the Port of Walvis Bay and the Walvis Bay Corridors into economic corridors for the socio-economic growth and development of the country. To achieve this objective, the Logistics Hub Project was established under the umbrella of the WBCG.

The role of the Ministry of Works & Transport and WBCG (as the PPP entity) will ensure that the future Logistics Hub development process takes place under the auspices and with the direct involvement of the National Planning Commission.

In an effort to further support the acceleration of corridor development, the Ministry of Industrialisation, Trade and SME Development in Namibia with the support of the Department of Trade in South Africa, has mandated the WBCG to identify ways of attracting investment along the Walvis Bay corridors through the Spatial Development Initiative (SDI) programme. The SDI programme aims to increase the scale of economic activity and improve the diversity of economic activity along these corridors, thereby enhancing the economic growth of the region. The initial focus in terms of economic activities will be on the mining, tourism, manufacturing, agriculture, fisheries and logistics sectors.

Regional support to ensure harmonisation of standards, allowing for the smooth flow of trade between borders, is ensured through the establishment of regional committees and partnerships with regional bodies, under which the Trans-Kalahari Corridor Secretariat is made up of Government and private-sector representatives from Namibia, Botswana and South Africa.

The Port of Walvis Bay is strategically located on the west coast of Africa serving as a strategic link to southern Africa’s more than 350 million consumers. With Walvis Bay now firmly established as one of the major gateways into southern Africa, the WBCG continuously seeks to maximise the potential of the corridors to boost the social and economic benefits for Namibia and for the Southern African region as a whole. 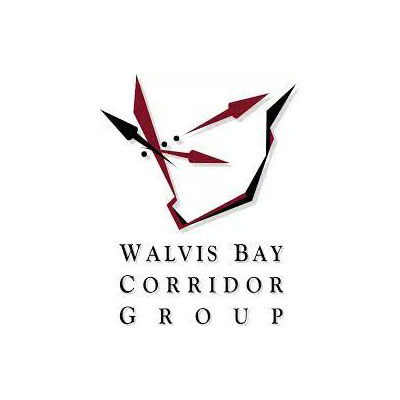