FNB Market Research Manager Frans Uusiku elaborates: “House price gains were notable in the Coastal and Northern regions, registering growth of 8.0% and 6.0% y/y respectively. Meanwhile, double digit contractions in house prices of 10.8% and 13.8% y/y were recorded in the central and southern regions due to affordability issues. As a result, the elevated demand for land in the central region led to a 12-month average price growth of 14.2% per square metre at the end of June 2020, compared to a contraction of 13.0% y/y recorded over the same period of 2019. This can be ascribed to high bid prices offered for the purchase of land mainly by private developers.”

The report further states that although market sentiments may appear to point to further declines in house prices due to expected distressed sales, FNB nonetheless believed that the downward trend has seemingly reached its pinnacle for two reasons. “First, house prices have only registered an annual compounded growth of 6% since 2009, which is lower than the 9% growth observed in mortgages over the same period. Second, there is a 91% positive correlation between house prices and mortgages since 2009. This could imply that house price appreciation realised since the 2008/9 global financial crisis was associated with a corresponding growth in mortgages. Therefore, from a seller’s perspective, trading activity below the prevailing average price levels may prove difficult due to high level of indebtedness.”

Uusiku added that it was encouraging to see that overall land delivery grew by 23.1% y/y over the second quarter of 2020 compared to a contraction of 22.0% y/y recorded over the same period of 2019. “In conclusion we believe that attractiveness of the residential property market as an asset class will be dependent on the extent of economic recovery and subsequent revival of the rental market. In the meantime, we see accessibility and affordability of housing to be highly concentrated within the small housing segment particularly in the northern and southern regions. Looking ahead, immediate pockets of growth are likely to be realized through addition of new developments that respond to evolving levels of household incomes along with fact-tracking the pace of affordable land delivery.” 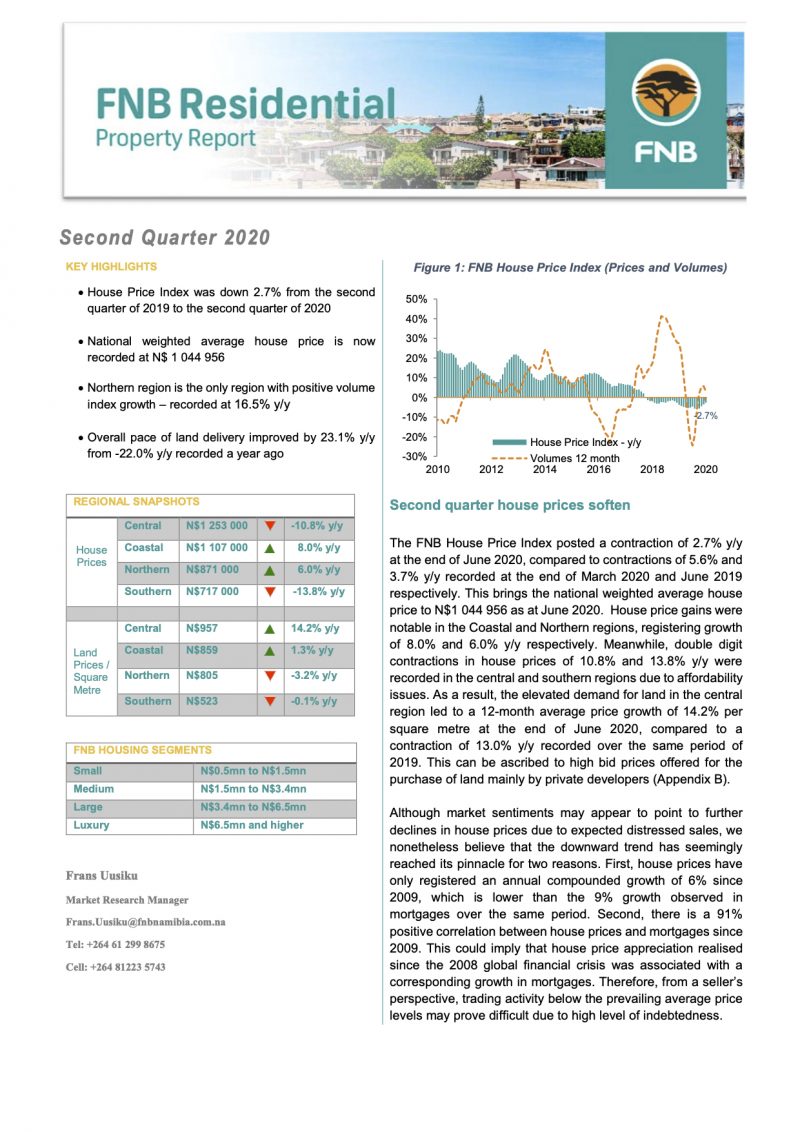 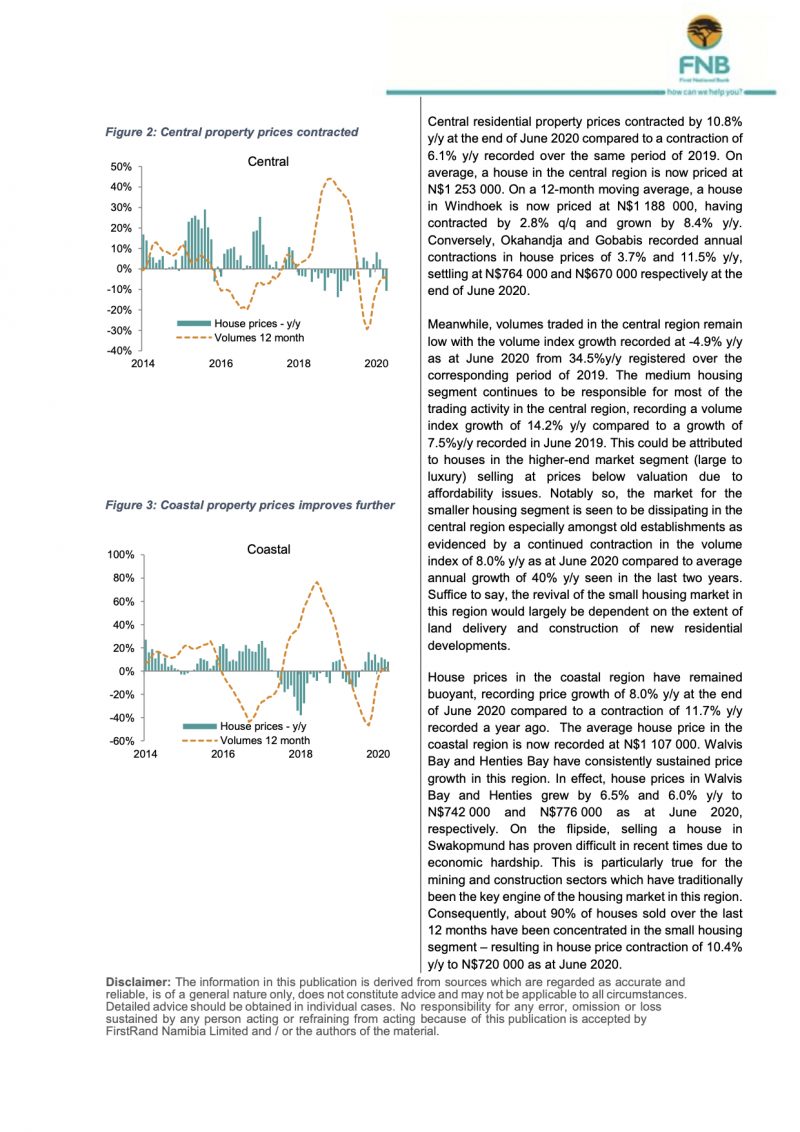 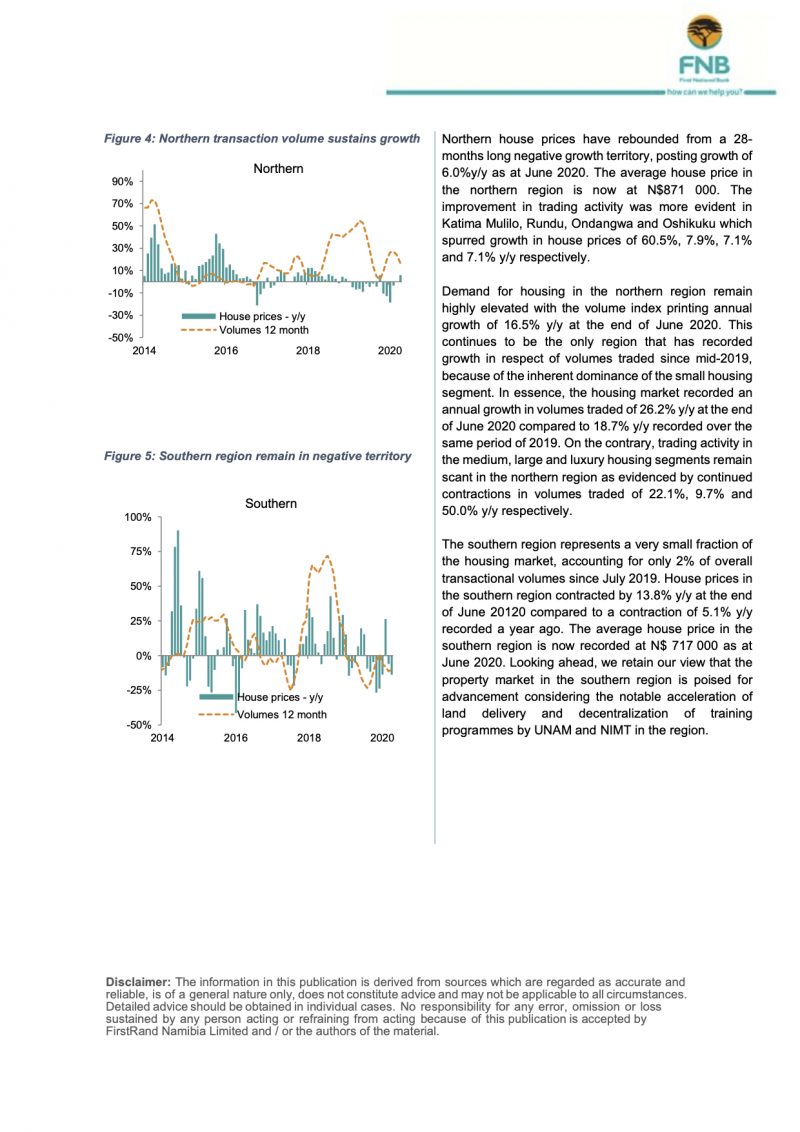 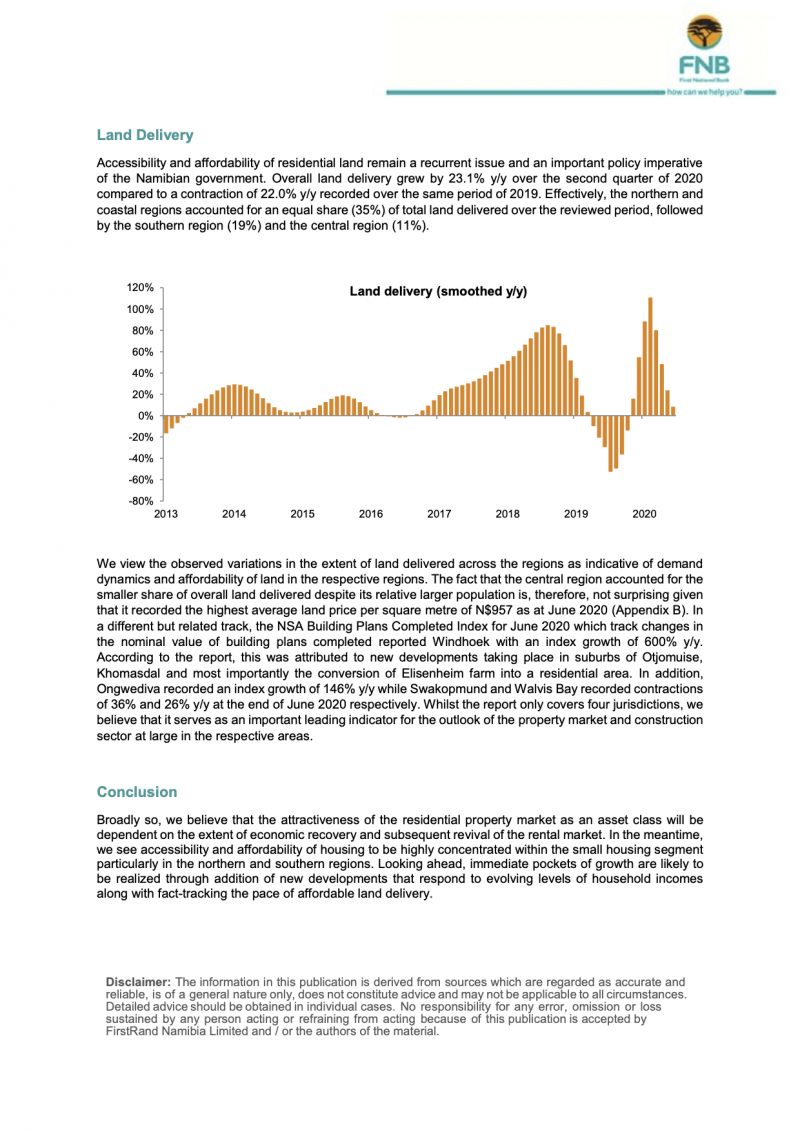 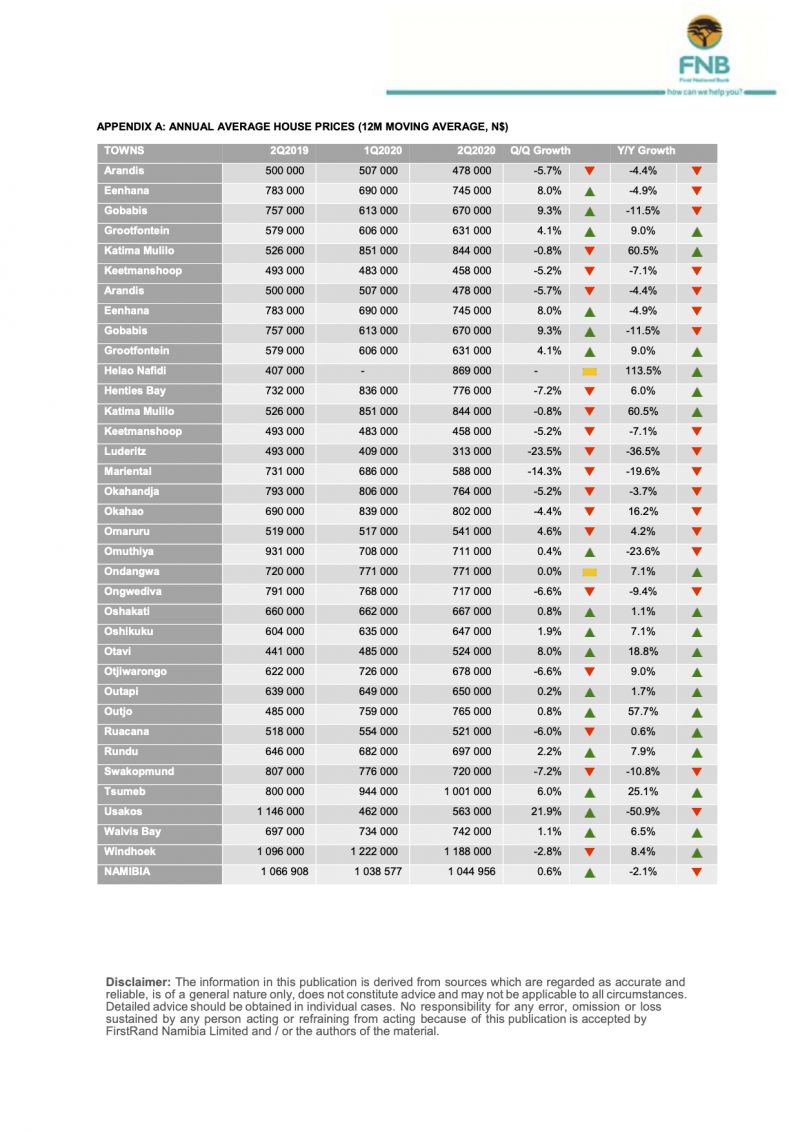 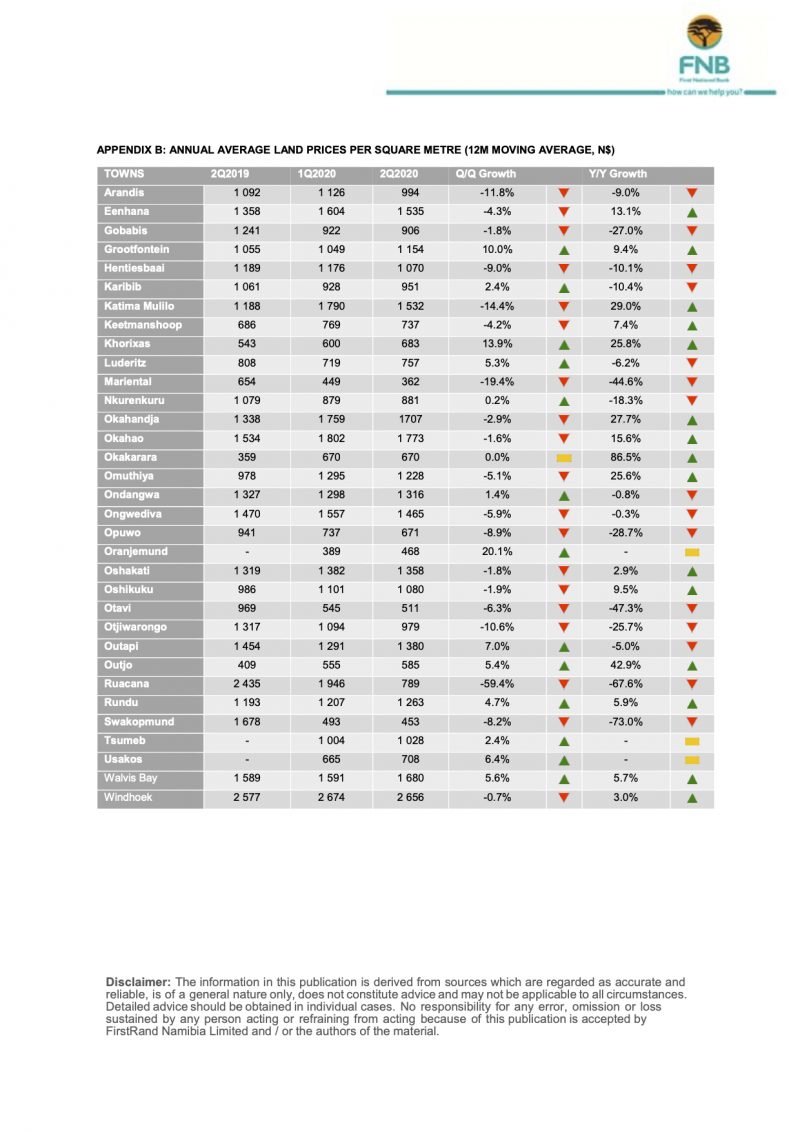 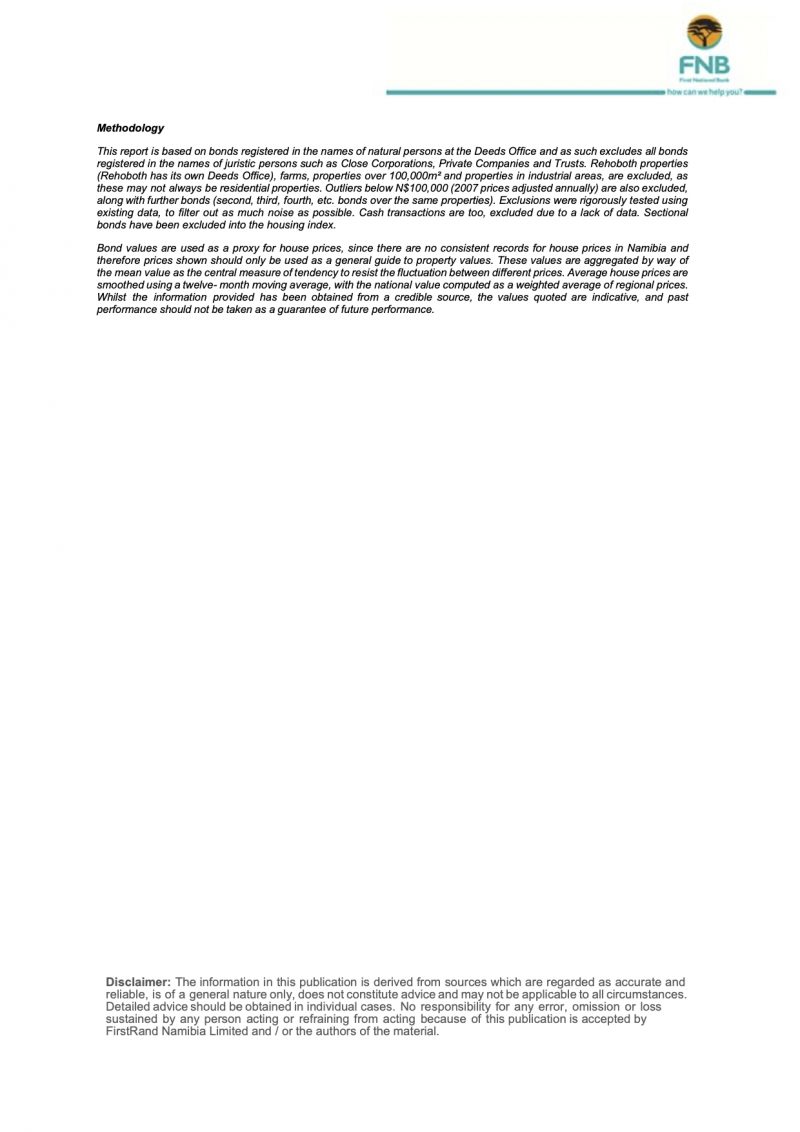